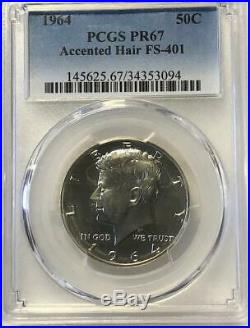 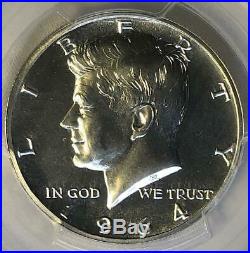 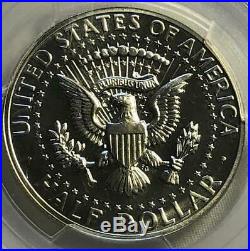 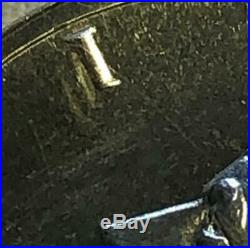 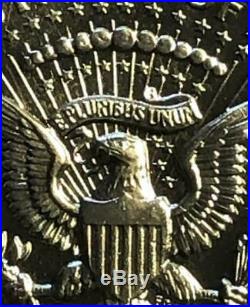 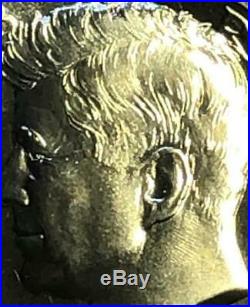 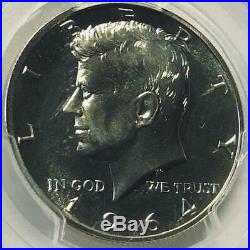 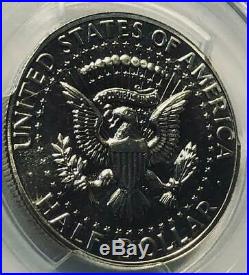 1964 Silver Proof JFK Half Dollar Rare Accented Hair Variety. Graded & Certified by PCGS PR 67. Frosty silver proof JFK with mirrored fields, deep strike and frosty details. Please see pictures of exact coin listed. Rare Accented Hair Variety FS-401. The absolute Key Date coin for the JFK series. See below to learn how to spot these silver half dollars. An awesome gift or addition to any collection. A must have for any JFK half dollar collector. Please see our many other listings. A Little Bit About the John F. Kennedy “Accented Hair” Half Dollar. The major variety of the 1964 Kennedy Half Dollar is the featured accented hair on the portrait of John F. Kennedy on the obverse (back) of the coin. This is the original design used on Kennedy Half Dollars and only 1%-3% of 1964 proof coins are of this variety. These are rare in high grades. The widow of JFK – Jackie Kennedy – was unhappy with this design and wanted the hair in the area just above the ear to be less prominent and so the Mint revised the design to the “normal variety” design used to produce the remainder of the 1964 Kennedy half dollars. There are a few ways to identify this coin. The “Accented Hair” variety has longer and thicker strands of hair in an area just above the ear (more accented). Also of interest on the obverse is the letter “I” in “LIBERTY”. On the accented hair variety: The letter “I” is missing a serif on the bottom-left side whereas the normal hair variety has all 4 serifs. There are things to look for on the reverse of the coin as well. There are 4 stars within the rays behind the eagle’s head. On the accent hair variety – there are broken and weaker rays where the stars intersect the lines. Although on the normal hair variety the rays are solid lines. The last major feature to look for on the reverse is Frank Gasparro’s “FG” initials under the right-side leg of the eagle. The accented hair variety has a “G” with a straight line and no serifs on it. Although on the normal hair variety: There is a flared “G” with a small horizontal serif on the “G”. Certified collectible coins are a strong investment choice. They’re beautiful, valuable, and often have a fascinating history you can appreciate. One of the most popular collectible coins out there is the Kennedy half dollar. With its portrayal of one of the country’s favorite past presidents, the Kennedy half dollar holds both historical importance and, in some cases, significant monetary value. The Kennedy half dollar, first minted in 1964, is a fifty-cent coin currently issued by the United States Mint. Intended as a memorial to the assassinated 35th President of the United States John F. Kennedy, it was authorized by Congress just over a month after his death. Use of existing works by Mint sculptors Gilroy Roberts and Frank Gasparro allowed dies to be prepared quickly, and striking of the new coins began in January 1964. The Kennedy half dollar was first issued in 1964 by the United States Mint. Congress moved quickly to approve the creation of the coin as a way to commemorate John F. Kennedy after his assassination in November of 1963. The coins were popular from day one and rarely made it into circulation, since people wanted to hold onto them as a keepsake. They’ve been a popular collectible coin ever since, but some versions of the Kennedy half dollar are worth far more than others. Savvy collectors should learn a few basic details about the history of Kennedy half dollars in order to spot the right coins to add to your collection. The 1964 “Accented Hair” variety commands a premium as does the 1998 silver “Matte Finish” issue. Additionally all the 2014 JFK Half Dollars from all the mints are valued above the others. In 2014, to commemorate the 50th Anniversary of the John F. Kennedy Half Dollar, the US Mint instructed its facilities at West Point, Philadelphia, Denver and San Francisco to prepare to mint silver, gold and clad coins. These varieties, often certified and signed by notable persons, can command a heavy premium in high grades. Kennedy half dollars are important for the man they commemorate and the point in history they serve to remind us of. They’ve been popular from the moment they arrived on the scene and for good reason. They’re beautiful and many varieties are quite valuable. If you’re considering new coins to add to your collection, look for one of the more rare or valuable varieties of the Kennedy half dollar. The item “1964 Silver John F Kennedy Half Dollar 50c PCGS PR67 Rare Accented Hair Variety” is in sale since Saturday, October 26, 2019. This item is in the category “Coins & Paper Money\Coins\ US\Half Dollars\Kennedy (1964-Now)”. The seller is “jruffanpc” and is located in West Palm Beach, Florida. This item can be shipped to United States.